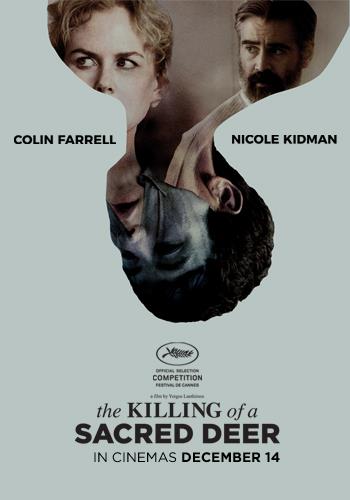 This film is a multilayer philosophical, thought provoking, disturbing psychological thriller. It’s one of those films you want to watch again but do not dare to. While watching you keep on edge and wonder what is going on?

The film is about a successful heart surgeon with beautiful home, wife and two lovely children, everything is almost perfect except for the teenager whom he has taken under his wings and the really strange robotic way in which the characters speaks. Later we start also noticing the strange relationship between him and his wife.

The events show that the surgeon cares for the teenager following the death of his father on his operating table. But is this enough? Is this just?

The film brings the dilemmas of good and bad inside each of us, how do we view our own acts under relaxed verses stressed circumstances and how do we react in each case. It also touches slightly on the corruption in the medical sector.

I am also sure what you see in this film will highly depends on your age and where are you in life when watching it.

The film stars Colin Farrell as the surgeon and Nicole Kidman as his Ophthalmologist wife.

Nicole Kidman is no stranger to doing such characters and was not surprising at all to see her great performance. The surprise to me was Colin Farrell whose performance has risen to completely different levels thanks to the Director Yorgos Lanthimos who could bring it all out.

I would also give praise to all the teenagers who played the surgeon’s children and the kid whom he was caring for. All performed equally good.

A big warning, this is not a classic physiological thriller and surly not for everyone.