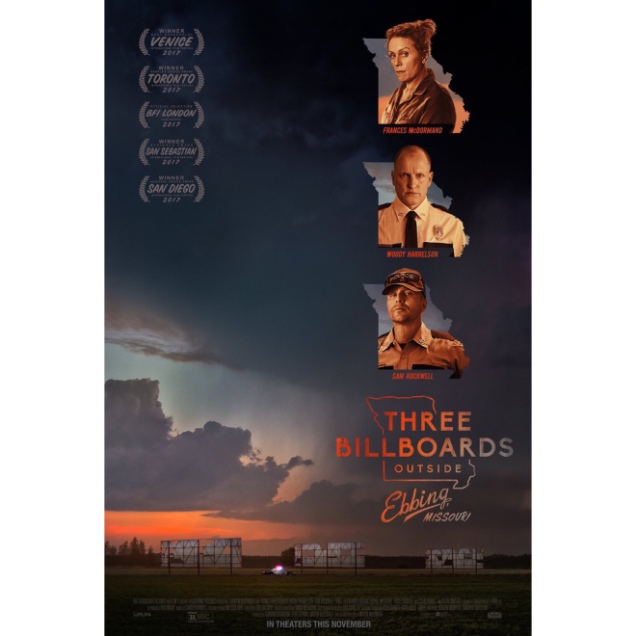 This is one of those films that you really have to watch whether you are going to like it or not.

No one is pure evil or a total angel ….. humans are made of layer upon layer of complex emotions that will surface with each defining moment in life.

Despite the film was too violent to my taste, I couldn’t not admire how well it was written and made.

Frances McDormand gave her best performance so is Sam Rockwell and Woody Harrelson – all deserve their nomination and winnings.

For me it might not be the best film I have ever watched but it is certainly very clever, witty and very honest and totally deserves all the positive critics, the nominations and winning it received

The film has won three BAFTAs, Three Golden Globes and is nominated for 7 Oscars and won two for best actress in a leading role and best actor in a supporting role.