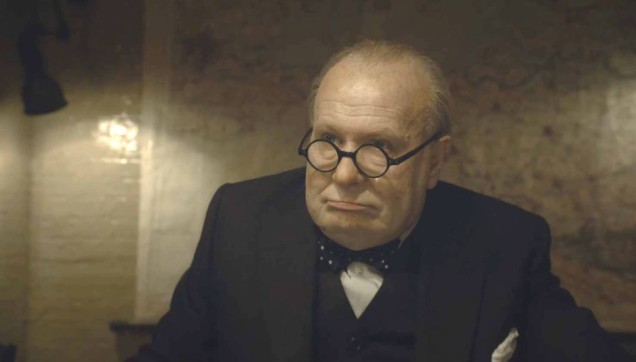 Absolutely brilliant …. It is one of those films that has everything right …. Of course, this is if you are someone like me who enjoys good history films combined with outstanding performance by all cast. It is just like an orchestra.

Gary Oldman … oh my God what a performance! He was unrecognizable, hadn’t I known in advance he is the performer I wouldn’t even guess it was him. This is by far one of the best performances and make up I have ever seen. If you have seen videos of Winston Churchill then you will know what I mean.
The film presents the period when Churchill was appointed the Prime Minister at the beginning of WWII along with the crucial war time decisions he had to take which changed the fate of Great Britain in this war.

The film succeeds in making you feel the chills of this period and the greatness of this man.
It would have been great if you had seen the master piece of Christopher Nolan (Dunkirk) which was released in the summer of 2017. Together you will have a great feel of how times were back then.
When checking the Historic accuracy of the film, it appears that most of it was true which gives the film even more credibility.

The film was directed by Joe Wright who is widely remembered for his beautiful British drama films (Pride and Prejudice) and (Atonement) …. And I see this film is just a great mile stone in his career.
Further I really can’t ignore how everyone else in the film did so well, including Kristin Scott Thomas who played Churchill’s wife, Lily James who played his secretary, Ben Mendelsohn, Stephen Dillane and Ronald Pickup

Gary Oldman won the Golden Globe award for the category Best Performance by an Actor in a Motion Picture – Drama and he totally deserves it.